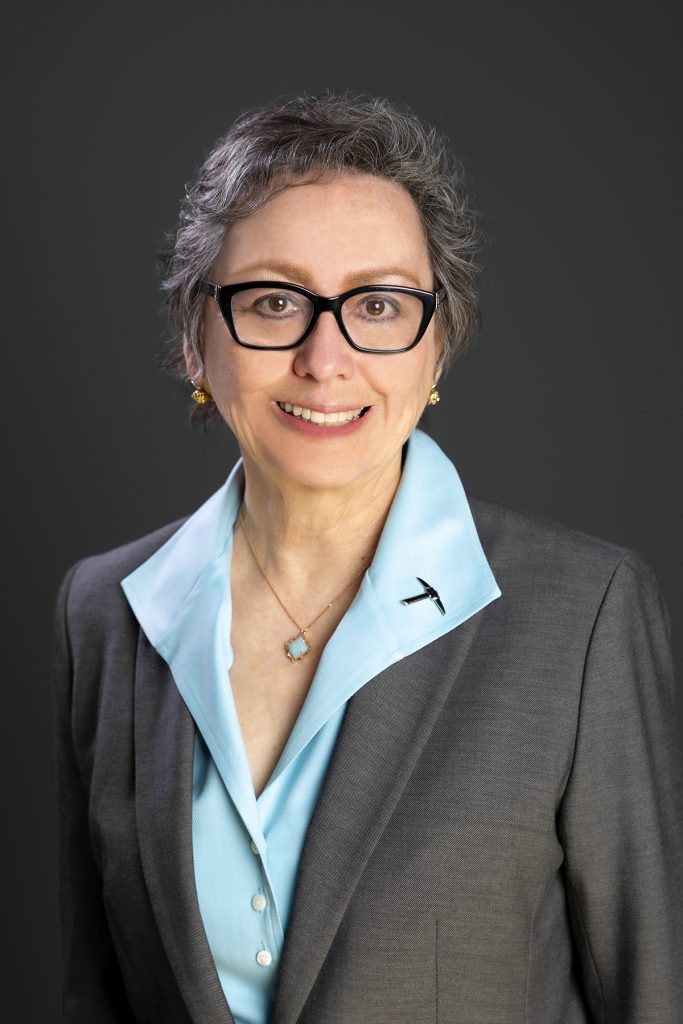 Vice Provost at the University of Texas at El Paso

Dr. Ann Quiroz Gates is the Vice Provost at the University of Texas at El Paso. She holds the AT&T Distinguished Professorship, and she served as Chair of the Computer Science Department (2005-2008 and 2012-2020) and Associate VP of Research and Sponsored Projects (2008-2012).  She is the Executive Director of the Computing Alliance for Hispanic-Serving Institutions (CAHSI), one of NSF’s eight National INCLUDES Alliances that promote the importance of inclusion and equity in advancing innovation and discovery. Formed in 2006 to address the low representation of Hispanics in computing, CAHSI partners with over 60 universities, industry, non-governmental agencies, and other entities from the public and private sector to accelerate change. Because of its evidence-based practices, CAHSI has been nationally recognized by the White House Initiative on Educational Excellence for Hispanics as a “Bright Spot in Hispanic Education” in 2015 and has been added to the “What Works” database by Excelencia in Education, a nonprofit organization dedicated to Hispanic student success in higher education.

Gates’ research areas are software property elicitation and specification, and semantic-enabled technologies.  Gates directs the NSF-funded CyberShARE Center of Excellence that advances interdisciplinary education and research. She was a founding member of the NSF Advisory Committee for Cyberinfrastructure and served on the Board of Governors of IEEE-Computer Society 2004-2009. Gates was a member of the Naval Research Advisory Committee (2016-2018), AAAS Board appointed Committee on Opportunities in Science (2014-2017), and past member of the Computer Science Accreditation Board (2011-2013). Gates was a founding member of the Academic Alliance, National Center for Women & Information Technology. She received the 2015 Great Minds in STEM's Education award, the CRA’s 2015 A. Nico Habermann Award, the 2010 Anita Borg Institute Social Impact Award, and the 2009 Richard A. Tapia Achievement Award for Scientific Scholarship, Civic Science, and Diversifying Computing. She was named to Hispanic Business magazine’s 100 Influential Hispanics in 2006 for her work on the Affinity Research Group model.