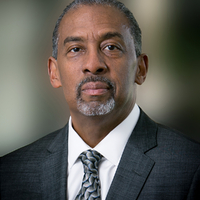 Dr. Colin Parris is the Senior Vice President and Chief Technology Officer at GE Digital in Foxborough, MA and an Officer of General Electric. In this role he has two responsibilities. He is responsible for leading GE Digital’s strategic vision, for developing new technologies to enhance GE Digital’s current products and services and for creating technologies needed for new innovative customer solutions. He is also responsible for developing new transformational approaches that deliver value to the other GE Businesses by integrating LEAN and digital transformation to deliver operational and services improvements in the GE Gas Power, Aviation and Renewables businesses.
In his prior role Dr. Parris was a Corporate Officer and Vice President of GE’s Software and Analytics Research at the GE Research Center in Niskayuna, New York. In that role he lead the creation, development and application of industrial analytics, artificial intelligence, machine learning and software systems research broadly across the General Electric Company. A central part of this portfolio was GE’s industry-leading Digital Twin Initiative which he led for the Company. Digital Twin is a leading-edge engineering modeling and data analytics capability that allows the modeling and control of industrial assets to increase their availability and performance and to optimize their economic value.

Dr. Parris is a member of the Board of Directors of APTIV (formerly Delphi Electronics).

Dr. Parris previously worked at IBM from 1994 to 2014. For 16 years, he was an IBM executive in roles that spanned P&L management, software development, technology management, and research. He was the Vice President and General Manager of IBM Power Systems where he was responsible for the $5B+ P&L UNIX System and Software Business, the Vice President, Software Development of IBM’s largest system software development lab (6,000+ developers worldwide), Vice President of Corporate Technology and Vice President, Systems Research at the IBM T J Watson Research Division. He had been a member of the IBM Integration and Values Team (top 300 executives worldwide) for 10 years until 2014 and was a member of the IBM Performance Team (top 60 executives worldwide) in his role as General Manager of IBM Power Systems. Dr. Parris held other executive roles in several IBM organizations in the Software, Systems and Corporate divisions.