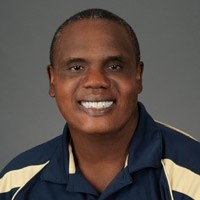 Part of his outside interest consists of being an advocate on behalf of all people with a myriad of disabilities.  IN this capacity, He serves as the vice-president of the Georgia Radio Reading Service (GARRS) a service that provides a closed loop reading system to people with all types of print disabilities.

In 2014 he was appointed by the governor of Georgia to the advisory board for the Georgia Vocational Rehabilitation Agency where the citizen advocates provide oversight and guidance to the state’s vocational rehabilitation system.

As an accessibility advocate for all disabilities, HE served on the committees that helped to make the Atlanta Olympic and Paralympic Games the most accessible sporting events ever held in the United States.  Most importantly, his name is proudly on the landmark transportation class action lawsuit, Martin V. MARTA, which forced the Metropolitan Atlanta Transit Authority to adhere to the guidelines of the Americans with Disabilities Act.

Having seen the ravages of visual impairments leave people, including his own mother, lost and alone, HE spends part of his weekends restoring this access by serving as a volunteer teacher of elderly blind individuals to use computers with speech output as his own personal research topic and as a way of providing a service that is not provided by the State rehabilitation system.

Meet the rest of our committee >>>