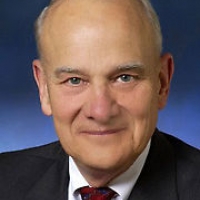 Bill Wulf received the first Computer Science Ph.D. ever awarded at the University of Virginia in 1968. He then joined Carnegie-Mellon University as Assistant Professor of Computer Science, becoming Associate Professor in 1973 and Professor in 1975. In 1981 he left Carnegie-Mellon and founded Tartan Laboratories and served as Chairman and Chief Executive Officer until 1988. In 1988-1990 he was Assistant Director of the National Science Foundation. In 1990 he returned to the University of Virginia as AT&T Professor and University Professor. Bill Wulf is a Fellow of the National Academy of Engineering, a Fellow of ACM, a Fellow of the IEEE, and a member of the American Academy of Arts and Sciences. In 1997 he was elected President of the National Academy of Engineering, which operates under a congressional charter and presidential executive orders that call on it to provide advice to the government on issues of science and engineering. He has directed over 25 Ph.D. theses and is the author or co-author of three books, two patents and over 100 papers.