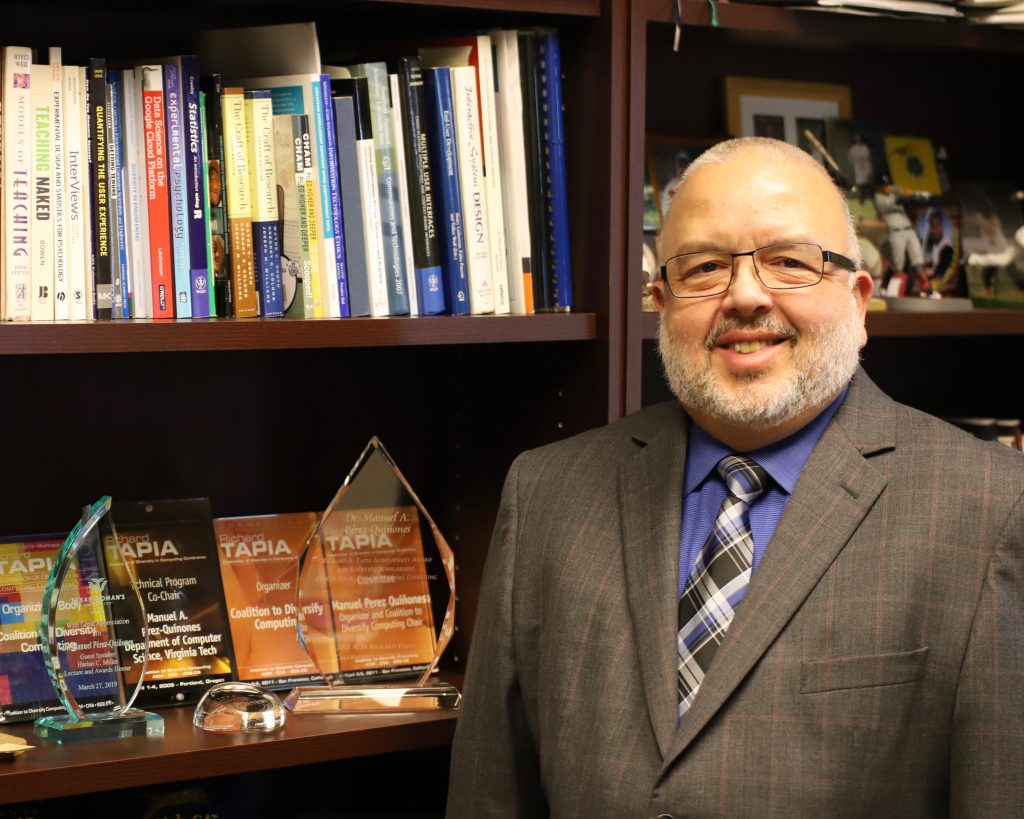 Dr. Manuel A. Pérez Quiñones is Professor of Software and Information Systems at the University of North Carolina at Charlotte (UNCC). His research interests include human-computer interaction, CS education, and diversity issues in computing. He holds a DSc from The George Washington University and a BA & MS from Ball State University. He has over 100 refereed publications. He has served on several boards for nonprofits, advisory board for national organizations, chair/president of Hispanic Caucus at two institutions, conference leadership for Tapia and SIGCSE conferences, and held several administrative positions in academia. He has received several recognitions for his service in diversity in computing, among them: ACM Distinguished Member (2019); CRA Nico A. Haberman award (2018); Richard A. Tapia Achievement Award (2017). He is originally from San Juan, Puerto Rico.