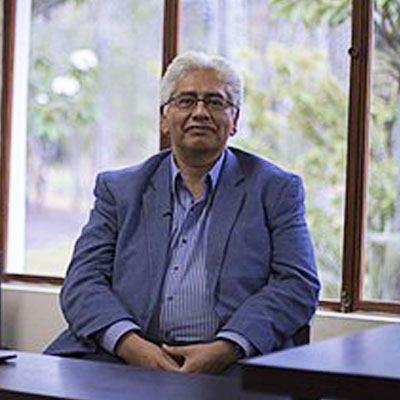 Castillo-Chavez came to the United States from Mexico in 1974, at the age of 22. He began working at a cheese factory in Wisconsin to support himself. He then returned to his mathematics studies by applying to the University of Wisconsin–Stevens Point, where he graduated in 1976, with dual degrees in Math and Spanish literature. He continued his MS in Mathematics at University of Wisconsin–Milwaukee. He holds a Ph.D. in mathematics from the University of Wisconsin–Madison (1984). Prior to moving to Arizona State University in 2004, he spent 18 years as a professor at Cornell University. He has published scientific articles and books, and served on panels and committees for organizations such as the National Science Foundation, the Alfred P. Sloan Foundation, the National Institutes of Health, Society for Industrial and Applied Mathematics, and the American Mathematical Society.

His research interests, as a mathematical epidemiologist, relate to the mechanisms underlying the spread of disease, and their containment, prevention of spread and elimination. In 2006, Arizona State University described him as one of the most prominent mathematicians in the country, an expert in epidemiological modeling, and among the top research contributors to literature on the progression of diseases.

His 50 PhD students include 20 women, 29 from US underrepresented groups and 7 from Latin America. He has been a research co-mentor to over 500 undergraduates-most though the Mathematical and Theoretical Biology Institute or MTBI that he founded in 1996. Recognized by his mentoring and motivational skills, Prof. Carlos Castillo-Chavez has inspired hundred of students to become also mentors and dedicate efforts for service to others. He has received recognitions for his work on enhancing prospects for academic success and providing research opportunities for underrepresented groups in mathematics and biology. An inspiring letter mentions Carlos Castillo-Chavez as a rockstar researcher and a selfless mentor.